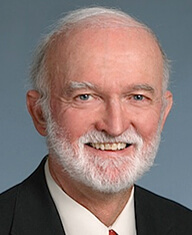 Our entire practice is profoundly sad at the loss of Dr. Salz, who truly set benchmarks as a physician, surgeon, researcher, innovator, professor, mentor, partner, friend, father, husband, grandfather, and community leader. Our sincere goal is to honor his memory by providing the very best care to his patients.

For all of Dr. Salz’s patients, we here at Seibel Vision Surgery wanted to reach out to you to let you know that we have not forgotten about you and your eyecare needs.

Please be assured that you can make an appointment and be seen by Dr. Seibel at the earliest possible time.  Additionally, Dr. Donald Schwartz, MD is joining our practice to help provide ongoing expert eye care to Dr. Salz’s patients. A longtime friend and colleague to Drs. Seibel and Salz, Dr. Schwartz has been a long-respected clinical faculty member at USC in addition to maintaining a private practice where he was known for his expertise as well as good nature, caring, and kindness.

A native of Erie, PA, James Salz received his B.A. from Ohio Wesleyan University and his MD from Duke University. He completed his internship and ophthalmology residency training at the University of Southern California-LA County Medical Center. After completing 2 years in the US Navy, he received his American Board of Ophthalmology Certificate in May of 1971and entered ophthalmology private practice in Beverly Hills, CA.

He first began researching refractive surgery techniques in 1979 and has performed clinical refractive surgery since 1980. He is one of the few ophthalmic surgeons in the US to have performed all types of refractive surgery: Radial Keratotomy (RK), Keratomileusis, Epi-keratoplasty and Excimer Laser Photorefractive Keratectomy (PRK). He was the Principal Surgeon at USC for the National Eye Institute sponsored “Prospective Evaluation of Radial Keratotomy” (PERK) Study in 1980 – one of only 10 PERK surgeons in the United States. Dr. Salz was appointed as the Principal Investigator for the VISX Excimer Laser Photorefractive Keratoplasty (PRK) study for the FDA Clinical Trials from 1990-1996 for myopia and beginning in 1997 for the correction of hyperopia at Cedars-Sinai Medical Center in Los Angeles, CA. He was also the Principal Investigator for Autonomous Technologies “Tracker Assisted” excimer PRK for myopia. He was the Principal Investigator at Cedars-Sinai Medical Center for the Alcon Wavefront-Based “Custom Cornea” FDA clinical study for both myopia and hyperopia with astigmatism – both procedures are now FDA approved. He is currently the National Medical Monitor for Alcon FDA Excimer Laser studies in the US.

In November of 1994, he was the recipient of the annual prestigious International Society of Refractive Surgery Barraquer Award honoring his contribution to refractive surgery. In 1997, he received the American Academy of Ophthalmology (AAO) has honored Dr. Salz with the Senior Honor Award in 1997 and American Academy Lifetime Achievement Award in 2003 for his continuing contributions to refractive surgery.

Dr. Salz is a member of the Media Spokesperson Unit for the American Academy of Ophthalmology, and has been interviewed about eye surgery techniques on the Today Show, CNN and on local TV stations. He is presently a Clinical Professor of Ophthalmology at the University of Southern California and attending ophthalmic surgeon at Cedars-Sinai Medical Center in Los Angeles. He is currently Medical Director at Laser Eye Associates in Los Angeles, CA and TLC in Encino, CA

He was the Founding Editor of the Journal of Refractive Surgery. He was the co-editor of the book Refractive Corneal Surgery published in 1986 and is the Editor-in-Chief of the 1994 published textbook Corneal Laser Surgery. (The first book to cover all aspects of corneal laser surgery). His most recent publications include various articles on The Importance of Pupil Size in Refractive Surgery, Relationship Between Total Aberrations and Pupil Size with the LADARWave System, and PRK For Treatment of Flap Complications. He has published over 80 articles on refractive, cataract and lens implant surgery and contact lenses.

Dr. Salz has been an invited lecturer at over 200 local, national and international meetings and has been actively involved in teaching refractive and cataract surgery techniques to other eye surgeons both in the US and abroad since 1981. He was the 1991 President of the International Society of Refractive Keratoplasty and has been a volunteer surgeon and lecturer on Project Orbis (the “flying eye hospital”) in Yugoslavia, India and Cuba.

Some collective accomplishments of Dr. Salz include the following:

Some credentials of Dr. Salz include the following: