What Are The Benefits of LASIK? 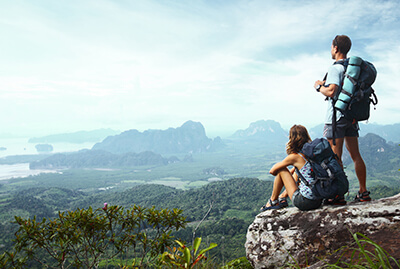 If you would like the freedom of going through life without eyeglasses and contacts, LASIK laser vision correction may be the answer!

Since the Food & Drug Administration (FDA) approved LASIK in 1995, millions of Americans have experienced the benefits of this surgical procedure. A recent report in Ophthalmology Times stated that LASIK will soon eclipse cataract surgery as the most common surgical procedure in the United States. Almost 150 million Americans (half of the population) have some type of refractive error, and a third of them qualify for LASIK.

Your individual consideration for choosing refractive surgery or LASIK is personal and highly individual. While LASIK does not guarantee perfect vision, it does hold the promise of substantially reducing your dependence on contacts or glasses, and the freedom of pursuing whatever life brings your way.

What would it be like to wake up and see your alarm clock for the first time? To look outside your window and see your own neighborhood? Or to pass your driving test without corrective lenses?

Some people would call this a miracle!

For dancing, playing, and all sorts of important socializing and family get-together, the freedom LASIK offers is the icing on the cake.

You will be the one photographed at these happy occasions without your glasses!

Many parents wish to provide for the safety of their children regardless of the situation – playing in the surf, rough-housing at home, or trying to escape an emergency. Parents want to be available for even the simplest but important tasks, like finding one’s way through the house at night when a child needs you.

From weekend warrior to professional athlete, many sports enthusiasts find the idea of being unencumbered by contacts or glasses, for safety and improved performance, an undeniably worthwhile goal.

For those who travel, being independent of glasses or contact lenses offers numerous advantages. There are safety considerations like having the ability to see in any emergency, plus the convenience of having less to pack, less to care for, and perhaps, most important, less to lose.

Check out the value!

Here is a simple checklist to help you compare the value of LASIK. Ascribe a dollar amount to each item listed below:

$____ Seeing the alarm clock when you wake up
$____ Safety and ease during sports and other physical activities
$____ Being able to see underwater while swimming
$____ Being able to recognize people without your glasses
$____ Saving the time it takes to care for contact lenses
$____ Being more readily available in emergency situations
$____ Self-esteem, self-confidence, self-appreciation
$____ Traveling lighter, easier, safer
$____ Feeling and appearing more youthful
$____ Savings from glasses and contacts purchases during lifetime
$____ Overall freedom from glasses or contact lenses
$____ Add your own: ________________

LASIK is a surgical procedure, and like all such procedures, there are risks involved. Carefully consider what are realistic expectations. Our goal at Seibel Vision Surgery is helping you decide what is the best choice for you.