Instead of putting contact lenses in your eyes every morning, how about having them permanently implanted?

Clinical trials on different types of implantable lenses are under way for people who don’t qualify for corrective eye laser surgery. The initial phase-three clinical trial is for patients with extreme nearsightedness. 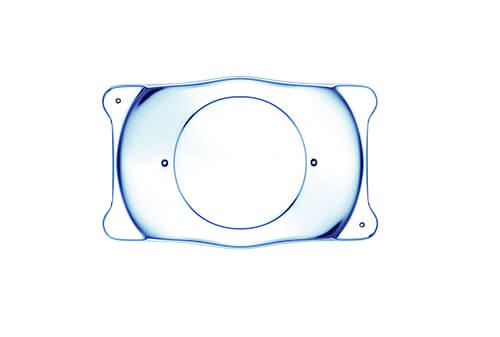 What are Phakic Lens Implants?

A phakic intraocular lens implant (IOL) derives its name from the Greek word for lens = “phakos”. It is a lens implant that is placed within the eye solely for the purpose of correcting nearsightedness, farsightedness and/or astigmatism. It is referred to as a “phakic” implant because the natural crystalline lens of the human eye remains in place.

In contrast, a “pseudophakic” implant is placed at the time of cataract surgery when the natural crystalline lens has been removed and in effect, it takes the place of the natural human lens. The research and development of phakic lens implants for vision correction have been on going for over fifteen years.

Currently LASIK (laser assisted in situ keratomileusis) is the principle procedure in the U.S. for surgically correcting the refractive conditions of a majority of the population. LASIK surgery involves reshaping the cornea using a laser. Over the last five years, eye surgeons have learned that LASIK has its limitations and is not the procedure of choice for every patient who is nearsighted or farsighted.

Patients with high levels of myopia or hyperopia may be better candidates for phakic IOLs rather than LASIK. Typically this would include patients who are above -8 diopters of myopia or above + 6 diopters of hyperopia. At these levels of nearsightedness and farsightedness, instability of the cornea can develop as the laser must remove significant amounts of corneal tissue to achieve the desired effect.

The corneal thickness of a potential candidate helps determine whether the procedure can be performed on that person. Those patients whose corneas are too thin with respect to the amount of refractive error that must be treated should not undergo LASIK and may consider undergoing phakic IOL surgery.

The main attraction of this procedure is that it is potentially reversible – the implant can always be removed or exchanged. No tissue is removed from the eye. The results indicate that for higher levels of refractive conditions, the quality of vision for patients is better than that seen with LASIK.  Potential complications can include early cataract formation in a small percentage of patients.

Who is a candidate for Phakic Implants?

Once the lens is inside the eye, it is expected to last indefinitely; however, when cataracts form either normally or sometimes earlier in these patients, the ICL and cataract are both removed and replaced with an IOL (IntraOcular Lens Implant).

Nearsightedness is just the first condition the lenses will be used to remedy. There are other clinical trials in early stages that will see how effective implantable lenses are for a variety of other vision disorders.