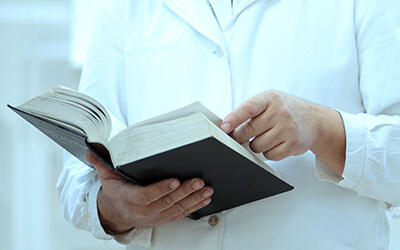 What does the future hold for cataract surgery? The risk in anticipating the future of any specialty is that something unpredictable, often originating in another field, will change the course of medical care forever. The turnover rate for both medical knowledge and technology is about 50% every four to five years.

During the past three decades, the techniques and results of cataract surgery in the United States have changed dramatically. Ultrasonic phacoemulsification is now the method of choice for most surgeons.

Improved surgical techniques for removing the anterior lens capsule have decreased the incidence of both intra-operative (during surgery) and post-operative (after surgery) capsular complications.

Along with these advances have come some amazing advancements in intraocular lens materials and designs, which are especially well suited for use with even smaller incisions (eventually as small as 1-mm). Improved incision construction allows healing usually without sutures. Smaller incisions require shorter recovery time and allow greater control and safety.

Lasers are beginning to be used to remove cataracts – Q-switched, pulsed, 1064-nm Nd:YAG laser for 1-stage, direct photolysis of cataracts as an alternative to ultrasound. This technology is still in its relative infancy when compared to the latest ultrasonic cataract machines. The theoretical advantages of using a laser to remove cataracts might be the ability to use fiber optics with a smaller than typical ultrasonic probes and to direct energy precisely on target tissue by means of a smooth, blunt, stationary probe. According to predictions, the use of laser might reduce the occurrence of heat and vibration in the wound, decreasing the chance of capsular rupture, and allowing even smaller incisions and faster recovery.  Of course, lasers are already being used for several steps of cataract surgery; see the [LINK] for femtosecond laser use in cataract surgery in which Dr. Seibel played a pioneering role.  The femtosecond laser supplements but does not replace ultrasound technology.

In Dr. Seibel’s opinion as an expert in the field and a consultant to the industry, laser technology as a complete alternative to ultrasound needs further development before it reaches the extreme level of versatility, refinement and support existing in the current state-of-the-art ultrasonic cataract machines.

Other future technologies to watch include electromagnetic techniques (liquefying a cataract with a tiny magnetic bead spinning inside the lens), endocapsular vortex emulsification (liquefying the lens with a high-speed rotary impeller), and improved accommodating lenses (made of biomaterials such as elastic collagen) and more advanced multifocal IOLs (which work as an internal bifocal or trifocal lens). Another promising new development is the application of laser to alter the power or astigmatism of IOLs (lens implants) after implantation.  Another technology to change the power of IOLs after implantation is offered by Rx Sight, formerly Calhoun Vision, where Dr. Seibel shared his expertise as a member of the Medical Advisory Board.

Robotics may play a role in future cataract surgery.  Dr. Seibel has been delighted to serve as the inaugural chairman of the Surgical Advisory Board to Auris Surgical Robotics in Silicon Valley.

Dual Linear Pedal Control of the phaco machine will hopefully become more utilized in the future.  Dr. Seibel is among the very few (about 1%) of US surgeons to routinely use this advanced control system for the most delicate finesse during surgery, which optimally requires a deep understanding of Phacodynamics that is explained in detail in his 400 page textbook.

Phakic intraocular lens technologies (used in eyes that do not yet have cataracts) that address not only astigmatism but also hyperopia and myopia with presbyopia, are going to become more available. The future of cataract surgery may involve the removal of the presbyopic crystalline lens in 40 to 50- year-olds, before the lens has time to become a cataract, and replace it with either a multifocal or accommodating implant. Based on the increasing acceptance of prophylactic (preventative) clear lens extraction, cataracts may be a rarity 20 years from now.